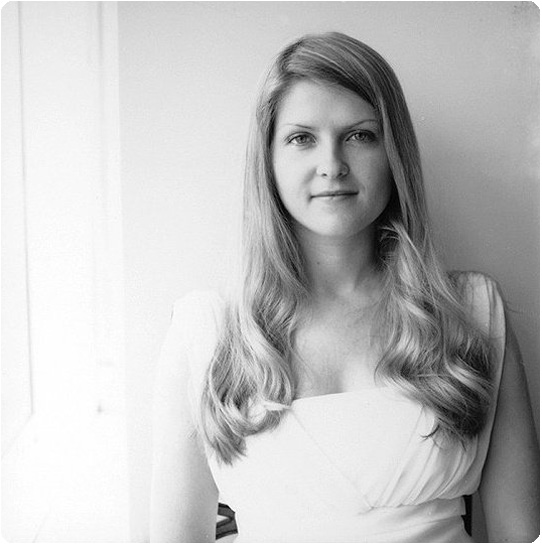 Praised for her "refined and exceptionally phrased and stylized" playing (Telavivcity.com), and her "rare ability to make music speak" (The Gazette), Ukrainian pianist Angelina Gadeliya has received high critical acclaim for her performances as a soloist, recitalist, and chamber musician throughout the United States and across Europe.  Born in Sukhumi, Georgia, Angelina began her musical studies there at the age of five, and continued them in Ukraine up until moving to the US in 1990. She completed three seasons with the prestigious Ensemble ACJW, bringing classical music to NYC public schools, and performing regularly at Carnegie Hall as well as at the Juilliard School. In 2012, she and her colleagues from ACJW formed a new ensemble, Decoda- an exciting new collective seeking to reinvigorate the world of classical music through revelatory audience engagement, community outreach, and innovative programming, designed to inspire a new entrepreneurial model for today's artists. Through their efforts, the Decoda ensemble has been named the first ever affiliate ensemble of Carnegie Hall. Angelina has participated in highly acclaimed residencies with Decoda at the Mecklenburg-Vorpommern Festival in Germany, the Abu Dhabi Music and Arts Festival, Princeton University, the Bulgarian Consulate in NYC, and at Trinity Wall Street in celebration of Benjamin Britten's centennial. Angelina's upcoming performances include a recital at Merkin Concert Hall in NYC, as well as the release of her debut solo album, "Music of Tribute: Schnittke and His Ghosts," by Labor Records and Naxos in April of 2015.

She has appeared as soloist with the Boulder Philharmonic, the Chamber Orchestra of the Springs, as well as with the Fort Worth, South Dakota, Oberlin, and Stony Brook symphonies. Angelina was invited to perform as part of Carnegie Hall's Discovery Day for the Emerson String Quartet's Beethoven Project in 2007, as well as for the Mahler Symphonies Project in 2009. She has collaborated with such artists as Lucy Shelton, James Conlon, James Levine, David Stern, Andrew Manze, Paul Nadler, David Bowlin, principal players of the New York Philharmonic, and the internationally acclaimed Mark Morris Dance Group.  Angelina's recent performances include solo and chamber music recitals in such venues as New York's Alice Tully Hall, Carnegie's Weill and Zankel Halls, the Consulate of France, The Ukrainian Institute of America in New York, the Ukrainian Institute of Modern Art in Chicago, the New York Historical Society, and the German Consulate; and at such festivals as Tanglewood, Fontainebleau, Aspen, Banff, the Bach Festival of Philadelphia, the Beethoven Master Course in Positano, Italy, the Reynosa International Piano Festival in Mexico, the Philadelphia Chamber Music Society, and David Dubal’s “Chopin and Schumann at 200” lecture series at the Metropolitan Museum of Art. Angelina has also served as faculty at the International Vocal Arts Institute in Tel Aviv, Israel, as well as at the Vocal Arts Festival at Colorado College.

A passionate advocate of contemporary music, Angelina has given numerous premiers of works and has worked closely with such composers as John Adams, Thomas Adès, Marc-André Dalbavie, Steve Reich, Steven Mackey, Daniel Bjarnason, Matthias Pintscher, and John Harbison. In October of 2008, Angelina organized a benefit concert at NY’s Steinway Hall in order to aid refugees in Tbilisi, Georgia. Angelina has also toured Ukraine several times playing benefit concerts for families with special needs children. She continues to work hard to raise awareness of this neglected demographic in Ukrainian society.  Since 2011, Angelina has served on the New School Alumni Association Board of Directors in NYC, and also serves on the board of the Amateur Pianists International Competition and Festival in Colorado.

Angelina has studied under the guidance of Pavlina Dokovska, Gilbert Kalish, Angela Cheng, Julian Martin, and Arlene Krueger. A graduate of the Oberlin Conservatory of Music, The Juilliard School, and Mannes College of Music, she also studied at CU Boulder, and holds a Doctor of Musical Arts degree from Stony Brook University.  Angelina divides her time between NYC, Colorado Springs and Storrs where she resides with her husband, Misha, her son, Felix, and her daughter, Anastasia. She serves as piano faculty at the University of Connecticut in Storrs. Her performances have been featured on New York's WQXR as well as WWFM radio stations.